It is also possible that you have this same share in multiple pies or had it outside of pie, then bought inside pie as well. Thus investment page shows average of total share price across account, however pie just shows profit vs pie average price which doesn’t necessarily equal account average stock price.

I have created some pies for my fiancee today with autoinvest setup to buy monthly on the 1st. The weird thing is that according to the schedule in the pie it will buy on the 1st of October instead of the 1st of September. Is that correct behavior?

Yes, because the initial deposit was executed today - 26th and 1st of September is way too soon to deposit again considering the fact you want to deposit once a month. We skip to 1st of October so the spacing between the deposits is closer to 1 month.

This is what I call attention to details. By the way @George… is there an ETA for going all fractional (I know it is supposed to be soon) and pie-within-pie. And one last question for pie-within-pie: will we have import functionality from the beginning (I have 6 pies that are destined for a single pie)?

Currently you can’t auto invest with the cash in your account. When will this feature be available?

AutoInvest using account’s cash and Nested pies are both features in our immediate todo. I’ll post estimates when we development begins.

@adriantc, we add about 200 fractionals weekly. There’s no exact ETA but I guess you can extrapolate from that. Once we convert all instruments to fractionals we’re switching the effort towards adding new instruments which will come directly as fractionals.

not following this topic much lately so excuse me if this keeps coming but is pies inside pies feature still under development?

Yes, see message of George above yours.

so is it called nested pies? hmm, did not know about that, thanks

Very excited for that feature.

One issue i have found is that prior investments can not be added to a pie? Because this is a new feature a lot of people probably already have investments in their accounts and therefore can not use the auto invest feature. It would be nice to have maybe a auto invest feature for every individual stock instead of it having to be in a pie and/or the ability to move instruments into or across different pies! Cheers!

One issue i have found is that prior investments can not be added to a pie?

@joe39 Welcome to the community. Have a look here. You will be surprised!

The ability to import shares into pies was probably the most requested feature since the start of the AutoInvest Beta. I’m pleased to say that we’ve just released it. Android users already have it, just make sure to update your app. iOS users will need to wait a bit more since our latest update is still being reviewed by Apple. The process of importing or exporting shares is very simple and intuitive. Let’s see how it works. How to import shares Open up the pie you’d like to import shares int…

By the way, you can make a pie consisting of just one stock and then autoinvest and dividend-reinvest into that.

Just two additional ideas for what must be a long list.

Yes, this is an important aspect that is missing.

Hey I’m not sure if this has been talked about before, but only noticed because of the huge cash in my pie from the Apple and Tesla sales, but I have to put in the minimum investment on top of my pies cash in order to invest? So I have £200 in cash I want to put back in but now I have to put another £20 in on top of it to send a buy order

You can withdraw the money from pie, deposit it back in from free funds with custom balance into aapl/tsla to get around that.

First Impressions of Pie's after first use Feature suggestions & ideas

Before these I got £60 cash in my ISA 0cash in pie and the pie is worth £150 Since my ISA allowance is already full the plan was, move AMAT + ASML into the pie hit rebalance, and watch big chunks of ASML, AMAT sold AMD, NVDA, AVGO, QCOM, XLNX, KLAC, LRCX, TXN, INTC, ADI, QRVO got bought What actually happened [Screenshot_20200826-171932] it sold these “extra big” holdings which are moved from outside, further more it also sold some of “fractional” shares held in the pie. and finished… …

@George I’m just trying Pies, it’s a great new feature.
I’d suggest adding a normalizing feature: when we add new stocks to an existing pie, they come at 1% - it would be nice to have a button to assign equal weights. Or even better, to scale up existing %s to 100%. For example I’d have 4 stocks in a pie, would set all to 1% and one of them to 2%, then press Normalize button and would have 3 of them at 20% and one at 40%. 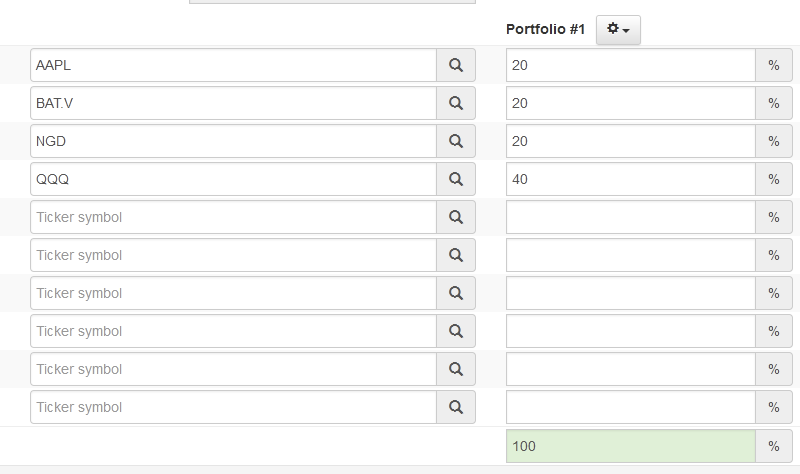 In fact it would be nice to add all these 3 options: